On the west side of Anglesey there had been steady winds of around 10kt from 08:00 with wall to wall sunshine. We were looking forward to a great day out as our last long distance race of this year. At Holyhead 4 yachts were getting ready Shearwater, Jaydreamer, Moonraker and Flair IV and the winds were varying between 6 and 10kt.

As race officer on Flair IV I started the class 2 yachts, Shearwater and Moonraker, at their start time of 10:10 giving me an opportunity to get most things organised before starting class 1, Jaydreamer and Flair IV.

The start line was, for once, a perfect port bias start. But near the wall on the start line the winds were very light and this was problematic for Moonraker as she isn’t good with these low wind conditions so she struggled to get out of the harbour. Shearwater being a lot lighter managed to get away and called back from the harbour entrance to say that there was little wind, however the Port Control report was 12 - 15kt  ESE. Shortly after Shearwater picked up the wind as the other yachts continued to struggle to get past the end of the breakwater. 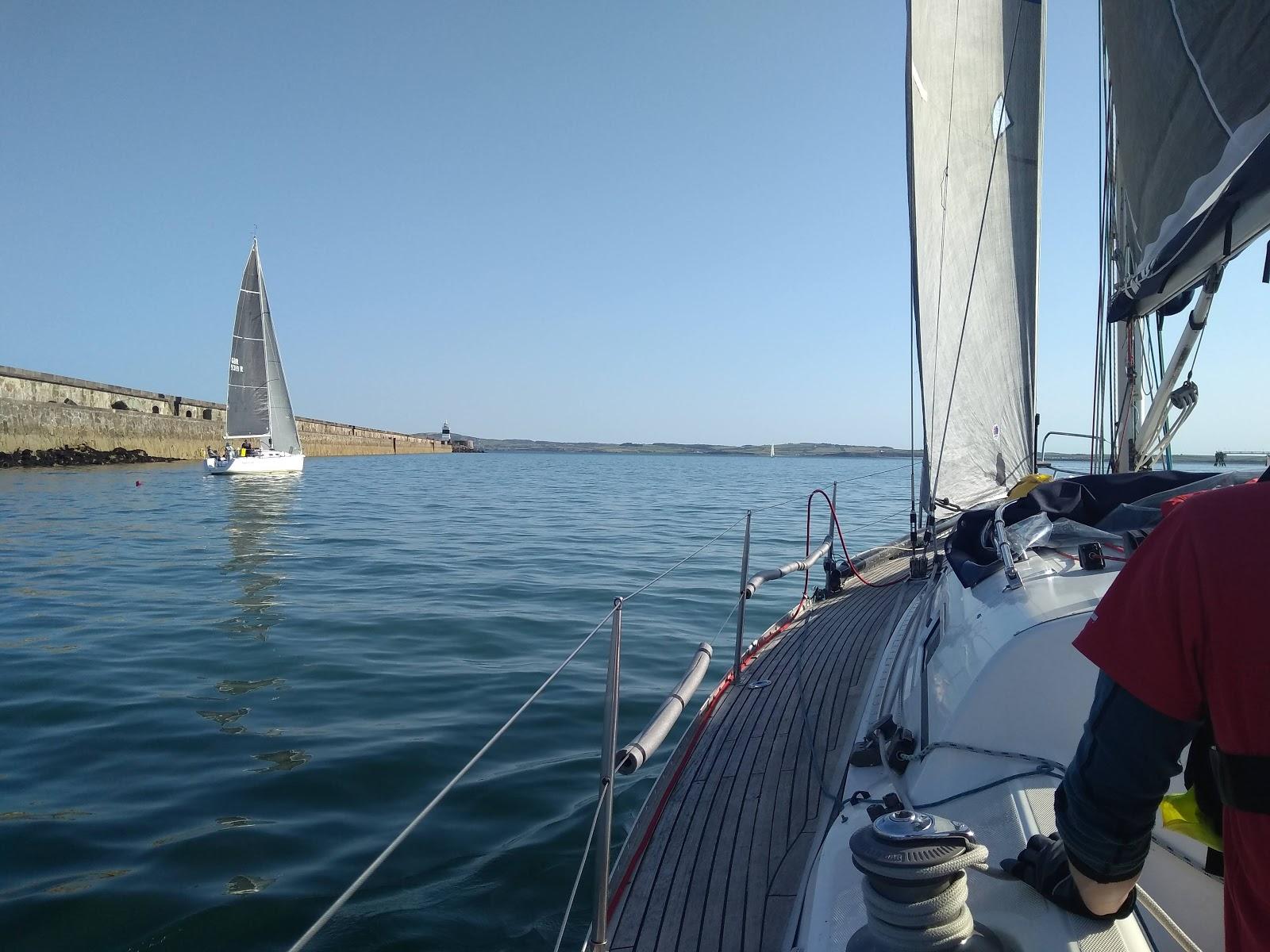 Jaydreamer approached the knuckle very close to the wall while Flair IV made a short tack to get into better wind, gaining an advantage and managing to get ahead as she tacked back towards Clipera.

Moonraker meanwhile continued to flounder in the light airs as the 2 class 1 yachts exited from the harbour and picked up the wind beyond the end of the breakwater.

As Flair IV reached Clipera Shearater was heading up past Bolivar, Jaydreamer followed Flair with Moonraker lying in 4th place.

Flair IV headed on a direct line to mid chanel between Carmel Head and The Skerries, Shearwater had gone closer into the coast line which Jaydreamer had taken a line further offshore. Once the yachts had reached the tide race through to West Mouse Jaydreamer and Shearwater chose the outside course while Flair IV stayed inside West and Middle Mouse where the tide race was good but it was a tight angle to the wind. Jaydreamer forged ahead on this long leg along the north coast of Anglesey while Flair IV took time to bird watch and porpoise spot between middle mouse and the mainland. The wind over tide was by now quite significant as the wind speeds rose to 30kt as they approached East Mouse. Shearwater had by now retired and taken shelter in Cemaes Bay and Moonraker had a misfortune with her mainsheet block disintegrating so there were just the two Class 1 boats left in the race although by now, with an amount of seasickness on board Flair IV she was no longer in contention.

We passed Shearwater peacefully sitting at anchor in Cemaes Bay and left her to start back on the ebb tide. So at the finish Jaydreamer came in with an elapsed time of 4h 36min and 33 secs while Flair IV’s time was 5h 33min 55 secs. As you will see from the screenshot of Flair IV’s chartplotter the recorded time was 15:03:55 UTC but it appears that the Raymarine chartplotter gives an incorrect time compared to my phone; this seems to concur with the time on Jaydreamer’s chart plotter; yet another issue to resolve with my Raymarine chart plotter!

Shearwater and Moonraker both made it back to Holyhead safely although crews had a rough time of it. 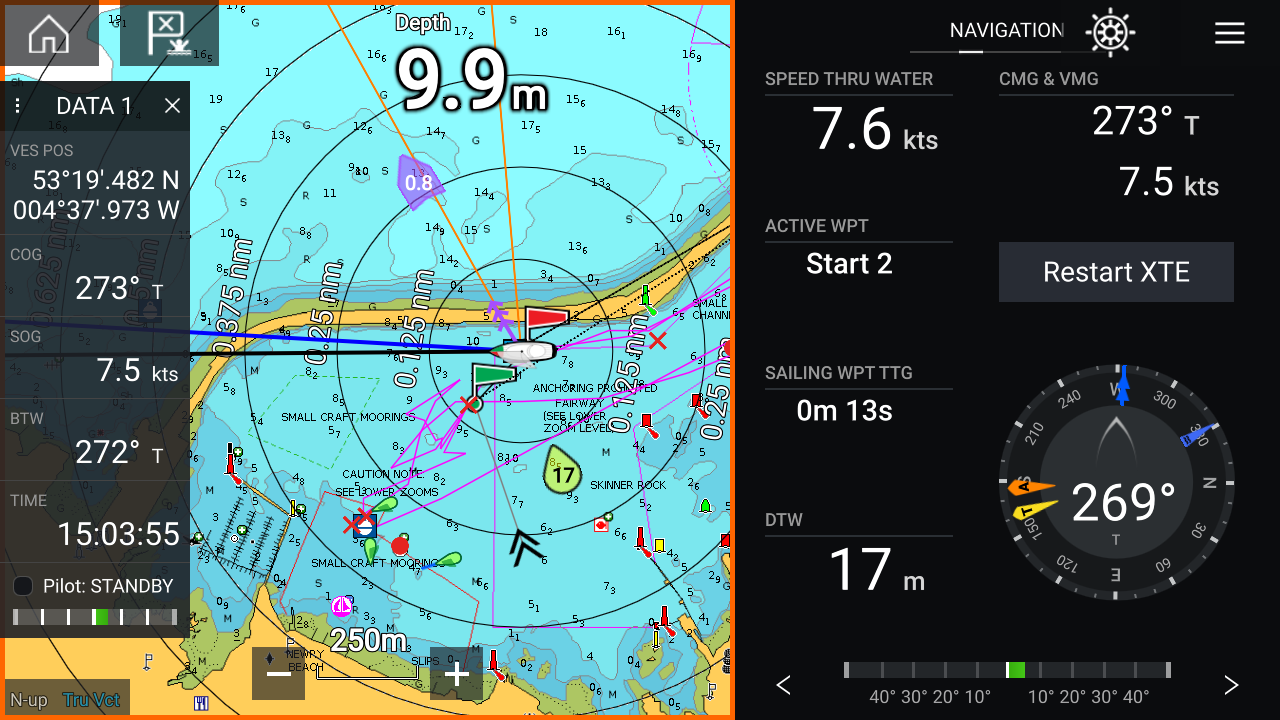