With the fleet reduced to 2 yachts for this race we agreed, with an Easterly 10 - 13kt wind, on a course of Start, Clipera (P), Bolivar(P), Meath(P), Clipera(S) and finish. However as the yachts arrived close to the start at the 5 minute warning the winds had dropped to 0!

It took more than the remaining time to the start for Passtime, closer to the wall and Flair IV to get over the line.

Just after the start the wind started to fill in from the West as the showers started again and Flair in a slightly better position pulled ahead. Once out of the harbour the wind strength rose rapidly to around 19kt sailing on a downwind leg to Clipera. Before reaching Clipera the winds were now gusting 25 - 29kt and Passtime reefed her jib while flair had to reef her main to avoid rounded up to windward. The leg to Bolivar was a reech and speeds of 7.8kt recorded through the water on Flair. At bolivar Flair IV had a substantial lead as they tacked to return to Meath.

would be a good idea. By now the sun was shining and the winds reducing a little back down to 13 - 15kt. It was difficult to see Meath against the very bright low sunshine and Flair IV sailed past it by a good few metres allowing Passtime to catch up a little. Back up to Bolivar Flair IV pulled away again and as she turned to sail back to Clipera it looked like she might have done enough to beat Passtime on Handicap. 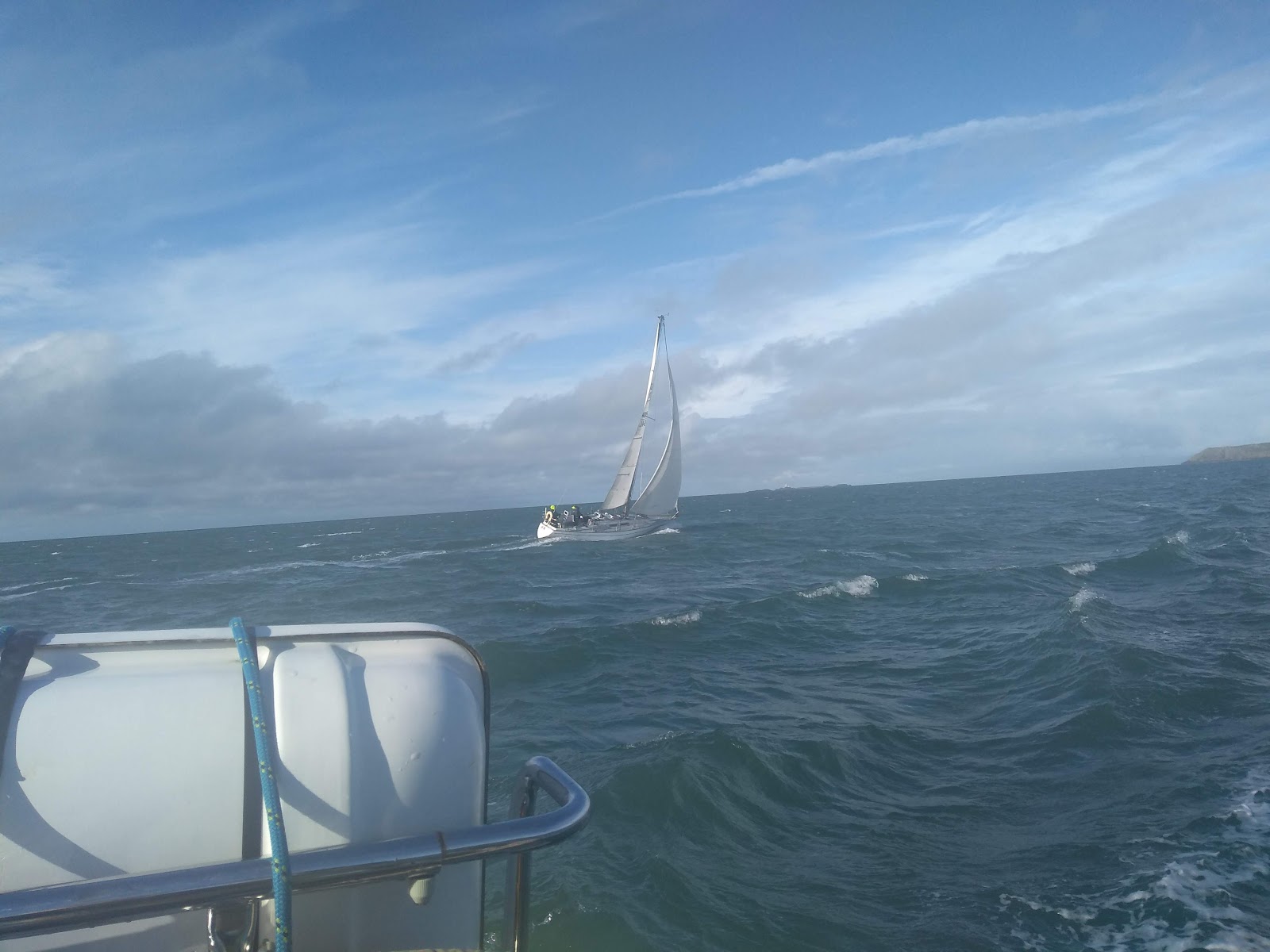 On the return leg to Clipera the sea state was getting quite choppy with bigger waves rolling into the Ferry Port and the winds becoming very gusty around the entrance to the New Harbour. Over the line Flair was some 7minutes ahead of Passtime but this wasn’t enough to get first place in either IRC or NHC classes. Well done Phil and Cogger on Passtime!

Apologies I din't get round to writing the report yet.... Still waiting for some photos.