During the last week we have seen the return of 3 more of our racing fleet; welcome back one and all! Following the losses on March 2nd 2018 we now have 3 new yachts contesting at the club: Rumbull, Phil Livingston’s yacht, Jetstream, Nigel Ingram’s yacht and Flair IV, Mark Rosenthal’s yacht all ready to race! We are planning hold our first Wednesday race of 2018 this coming week with a normal start time of 18:30.

If you intend to take part please let us know as soon as possible but remember to check out the latest HOLYHEAD LOCAL NOTICE TO MARINERS - currently the latest is 6/2018 which determines the areas we are advised against entering.

Last minute amendments are being made to our SI’s. These will be posted asap.

Our course card, mark coordinates can be found on this link: Course Card

Current Weather Forecasts and other useful information is available on this link; Useful Information

A quick reminder that the Isle Of Man Race is now less than 3 weeks away on SATURDAY  26 MAY 2018.

Get your entry forms in asap.

Entry Form and SIs on this link

Thanks to Paul Sutton for standing in as race organiser and reporter...

Wind varied 10-27 Kts generally easterly.  Course: Langdon (S), Bolivar (S), finish.  Even port tack start with Pipedreamer and Just Enough to windward.  By end of breakwater, normal service resumed with Espresso leading, JJ second, JE third and Pipedreamer languishing in fourth.  JJ and Pipedreamer flew their kites to Langdon, but with doubtful efficacy and the order did not change.  Almost a beat to Bolivar and broad reach from there to finish.  JJ and JE both flew kites from Bolivar, JE overtaking Pipedreamer again......once they had rescued their spinnaker halyard.

The real fun started in the marina, but that would be telling tales out of school!

Once again the forecast was for blustery SW winds 21 gusting 30kt. With Pipedreamer deciding not to race, Espresso Martini on maintenance duties and Just Jay out due to a Youth Squad event in Cardiff the field was cut to just Lily and Just Enough.

As usual the start was a downwind affair with Just Enough flying her spinnaker from a few meters beyond the start line. Lily, on the other hand, decided not to fly her spinnaker as it was likely that they would need to gybe at, or shortly after, the knuckle. INdeed they were proved right as Just enough broached on her attempt at a gybe before leaving the harbour. However Just Enough pulled out a fair lead as they headed out of the harbour with Lily flying goosewing before gybing early to hold a port broad reach on the leg to Bolivar. The tidal current was fairly strong considering the low tidal range and Lily recovered some of the gap to Just Enough as she rounded Bolivar. 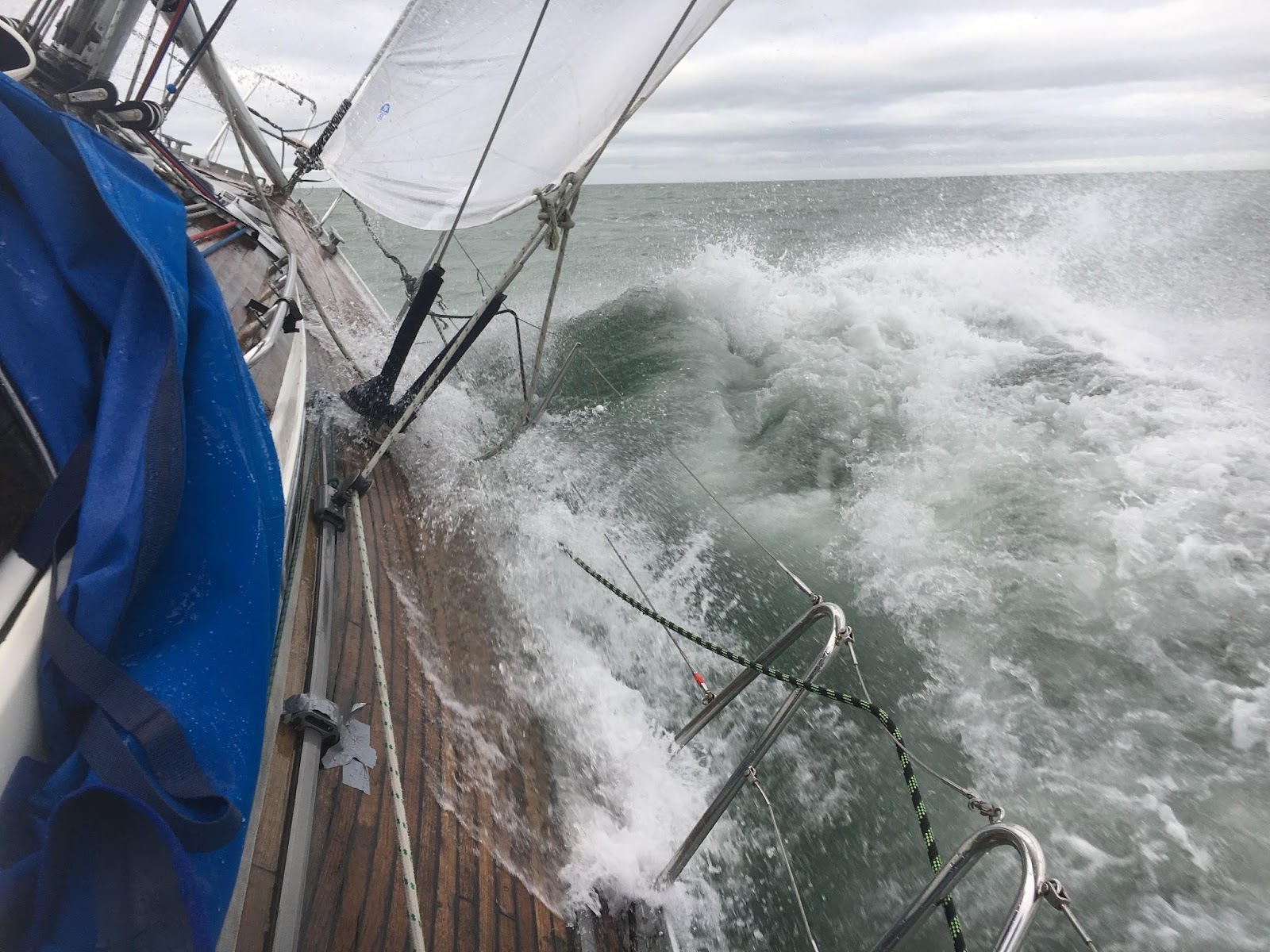 The leg from Bolivar, to our favourite destination, Langdon Ridge, was its normal guesswork on currents and wind with Lily overhauling Just Enough sailing a fetch to leeward. At the mark Lily had a narrow lead and a bit of a buttock clenching moment with the normal very strong current running SW NE pushing her very close to the large yellow Cardinal Mark!

Having successfully cleared the mark Lily held a higher line on the next leg to Meath which paid off as the current as they neared Meath was running West to East and even Lily was a few 10’s of metres off the buoy.

How to dispose of out of date flares

Following discussions with our local Coastguard Station we have the following guidelines to help you to dispose of your out-of-date or damaged flares. The Holyhead Coastguard Station can take flares for disposal but you MUST telephone them to make arrangements as only certain officers are certified to handle these “Time Expired Pyrotechnics” (TEP) .

A page for all this year's squib race results.